Hamblings’ first opened to the public in the early 1900’s. H.G Hambling came to Whitehaven from Norfolk to work in the shop at 55, Roper Street. He subsequently bought the business when the then owner Mr Rowland’s retired. H.G. Hambling had two sons; the elder Tom worked as the slaughter man at the local abattoir. 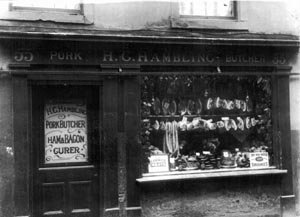 In 1948, Tom took the business at 23, Market Place over from the two aunts who had run the business as M. & F. Wilson. Tom’s wife and family ran the business until Wils took over in 1979, having worked in the shop all his life except for two years National Service in the R.A.F. Wils ran the business, building it into the thriving outfit it is now, until 1997 when he retired and handed over the reins to his son-in-law David, who is continuing to build on the success, helped by loyal staff, who have a vast knowledge of the trade which helps immensely in the preparation of sausages, black pudding and cooked meats on the premises.

The shop remains a traditional family butchers, with customers coming from several generations. A thriving business-to-business trade is also a cornerstone of the Hambling tradition. 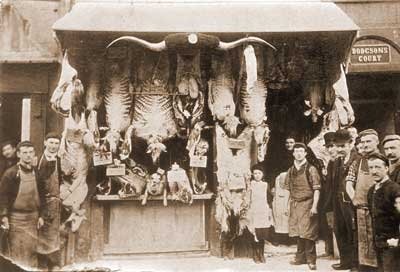